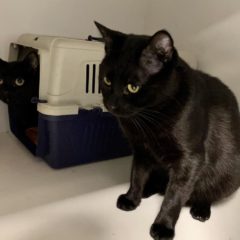 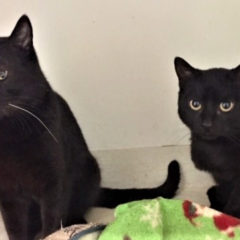 Petey & Buddy lived together with other cats on the streets in Prairiewood and  the only contact they had with people was when they were fed as  part of the colony. As a result they didn’t grow up with people and are very independent and at SAFE they have pretty much kept themselves to themselves.

Petey was trapped first as we could see that he had something wrong with his right fore-leg. Our vet diagnosed an old injury & felt the best thing was to amputate the leg.  Petey is just over 2 years old and is quite shy but he had bonded with a special friend in the colony, so to help him recover we decided to reunite them and Buddy arrived a few weeks later.

Buddy is Petey’s wingman and very protective of him. He is  reasonably friendly and will tolerate pats when eating. However he can sometimes be quite reactive, maybe because of the protective role he has taken on. Petey is generally approachable but currently reluctant to be touched. He looks up to, and loves being with Buddy. They play and wrestle and often curl up to sleep together.

Both boys are healthy with shiny black coats and yellow eyes and we think that they are probably brothers as they are so comfortable together.  They are inter-dependent and need to be adopted together. Can you rescue a 3 legged cat & his big Bud?

Petey & Buddy could suit you if you’re looking for cats that are undemanding but nice to have around  doing their own thing. Alternatively if you have experience socialising cats before and want to work with them, over a period of time, like most cats,  they have huge potential to change. If you gradually manage to gain their trust they will relax and start to respond to your love & care. However there is no guarantee –  you will have to let them decide and be prepared for either outcome.

If these two lovely cats aren’t for you please monitor our website for your perfect match!

Age
1-2 years
Breed
Domestic Short Hair
Coat
short hair
Gender
Male
Location
SAFE Haven Roseville
I am a pet that...
can live in an apartment
would prefer a quiet home
is lively and energetic
comes with a friend
desexed microchipped health checked vaccinated treated for fleas & worms
Contact us to find out more using the form below or come and meet Petey & Buddy at the SAFE Haven in Roseville
Donate to Petey & Buddy

Age
2-3 years
Breed
Domestic Short Hair
Coat
short hair
Gender
Male
Location
SAFE Haven Roseville
I am a pet that...
gets on with dogs
can live in an apartment
would prefer a quiet home
is playful
is affectionate

Jumi was living in a family with another dog until 2 new kittens were brought home. He was surrendered because he wasn’t coping. Usually super affectionate (he loves head butting […] 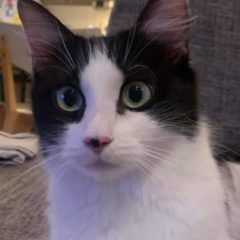 Age
2-3 years
Breed
Domestic medium hair
Coat
Medium hair
Gender
Female
Location
SAFE Haven Roseville
I am a pet that...
can live in an apartment
is lively and energetic
is playful

You can see it in her eyes can’t you? Daisy is an energetic, adventurous and playful character. She is a sweet and affectionate young girl who will run to you […] 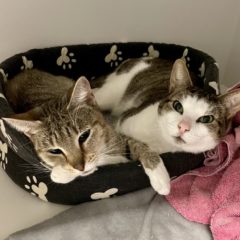 Age
2-3 years
3-4 years
Breed
Domestic Short Hair
Coat
short hair
Gender
Female
Male
Location
SAFE Haven Roseville
I am a pet that...
can live in an apartment
would prefer a quiet home
is calm and chilled
is affectionate

These two young cats came from a devoted home and are a loving duo. They are used to a quiet life keeping each other company but unfortunately their humans can […] 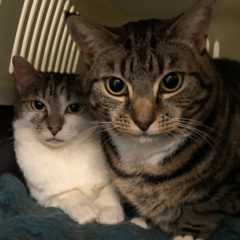 Age
1-2 years
Breed
Domestic Short Hair
Coat
short hair
Gender
Female
Male
Location
SAFE Haven Roseville
I am a pet that...
can live in an apartment
would prefer a quiet home
is indoors only
is one of a bonded pair
comes with a friend

Romeo & Juliet are besties. They were both found on the side of Oxford Falls Road. They were sniffed out by a  good Samaritan’s dog and as they weren’t moving he […]